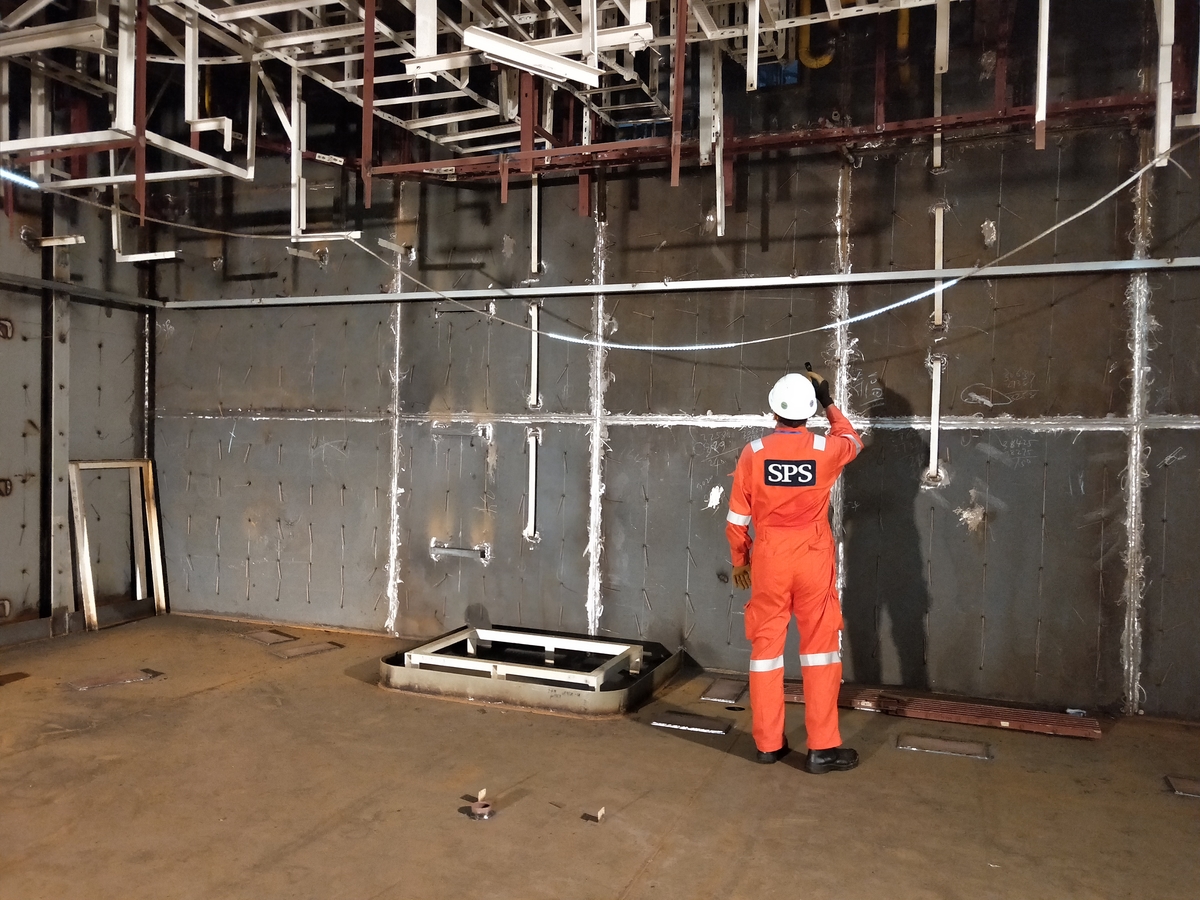 SPS® (Sandwich Plate System) panels have been used for additional blast protection on an FPSO being built by CSSC Shanghai Waigaoqiao Shipyard (SWS).  The new FPSO, is being delivered in November/December 2019.  The SPS bulkhead (74.5 sqm) is located between the Emergency Generator Room and the CCR and Permit Office.

Once launched in May 2019, the elastomer core was injected into the panels, whilst the FPSOS was alongside at SWS.  The injections took place over three days, 18 to 21 June, without incident and did not disturb any other work streams (electrical, piping, insulation and carpentry) which were in progress.

SPS is composite material which can either be used to repair and modify structures and vessels or for components.  It’s provides blast and impact protection, vibration and noise damping, fire protection, thermal insulation and can be used in many strengthening and reinstatement applications.

Ian Nash talks about the knowledge gap in the offshore market in Splash 247.com

"The steady resurgence of in activity across the last few years in the offshore oil and gas market has created a very different mindset to the boom market of pre-2008, one where maximising output and controlling costs now requires closer attention."

SPS Technology was proud to be a part of the Delaware University Whitey Stadium renovation project.

We’re very pleased to be featured in the latest edition of Ship Repair & Maintenance as we celebrate 20 years of supplying composite steel repairs to the offshore, marine, and civil engineering markets.